Your video went viral, NOW WHAT?

Maybe you’ve been working really hard on your video skills, and they’ve been paying off: you just had a Reel or TikTok go viral! So…. NOW WHAT?

We’ve had a number of students in The Growth Collective with the same story – they had a video pop off, and then they don’t know what to do next! 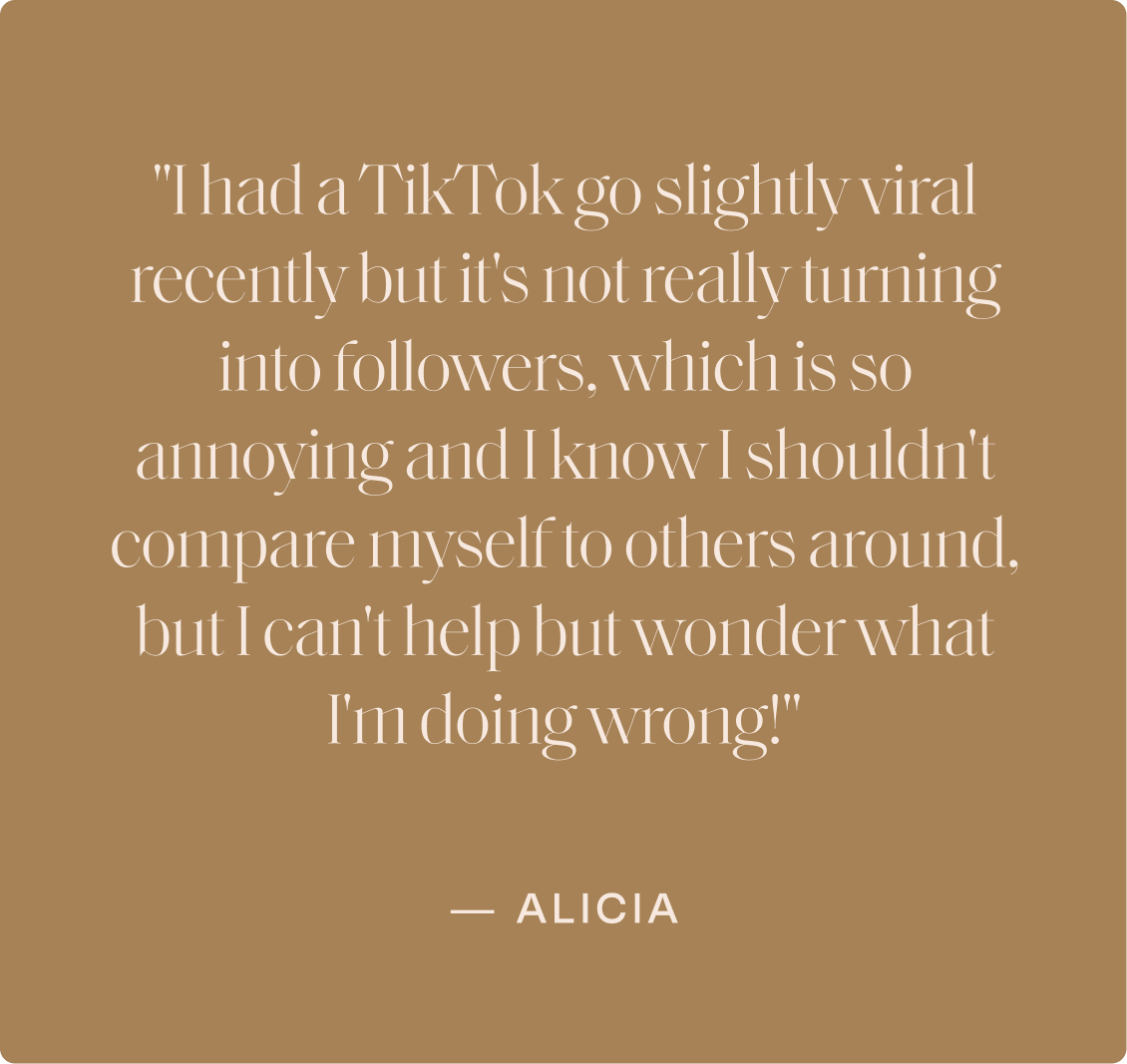 Second of all, just follow these best practices to make the most of your influx of engagement! 👉

Think of it this way — would you rather go to a restaurant where you’re obsessed with one dish, but the rest of the menu is just so-so, or a restaurant where you love absolutely everything on the menu?! So focus on creating more content just like the video that went viral, and next time someone new comes to your page, they’ll see you posting the same type of content and decide to follow for more!

Easy as pie, right!? So next time (or the first time!) one of your Reels or TikToks starts popping off…well, you’ll know what to do. 😎